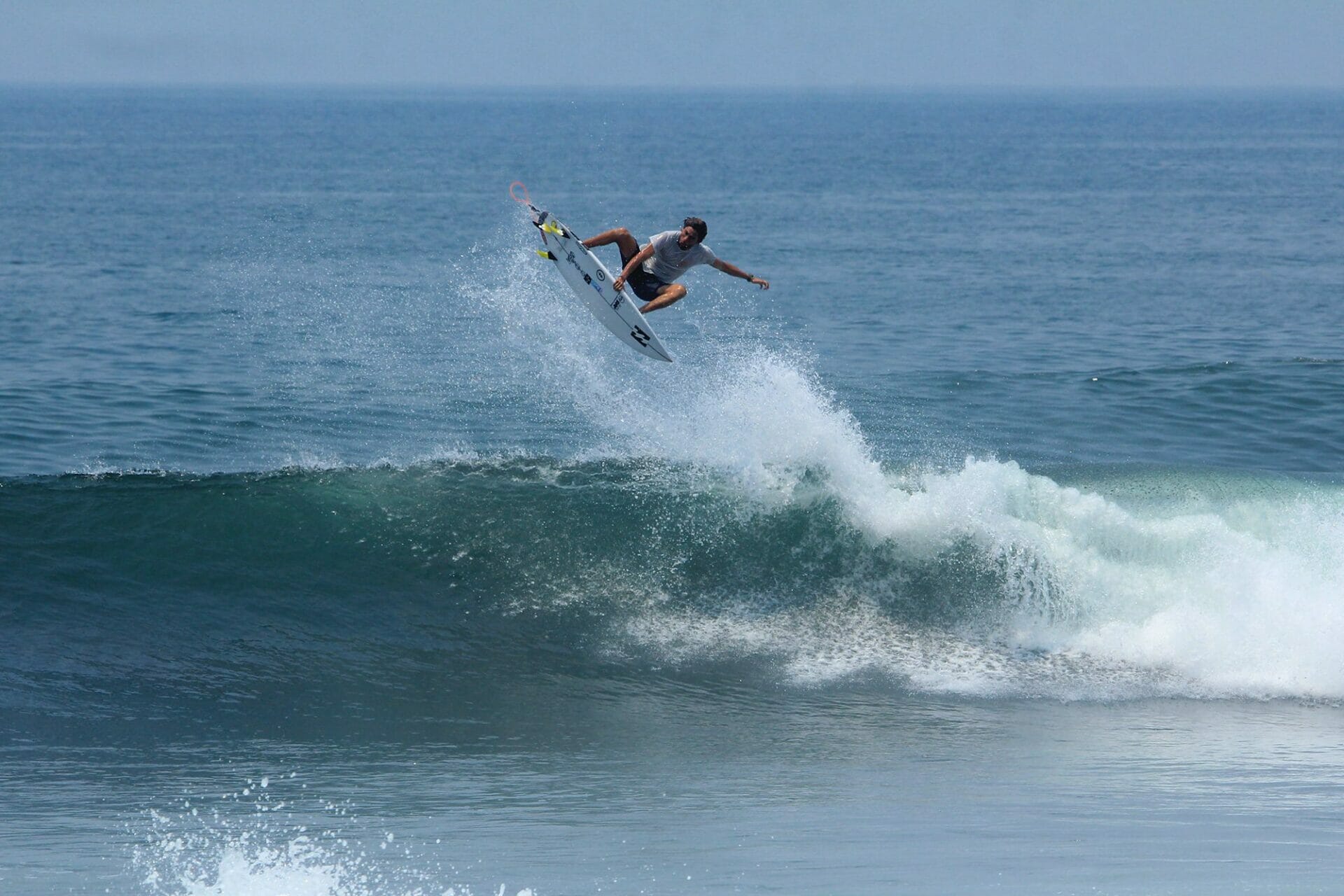 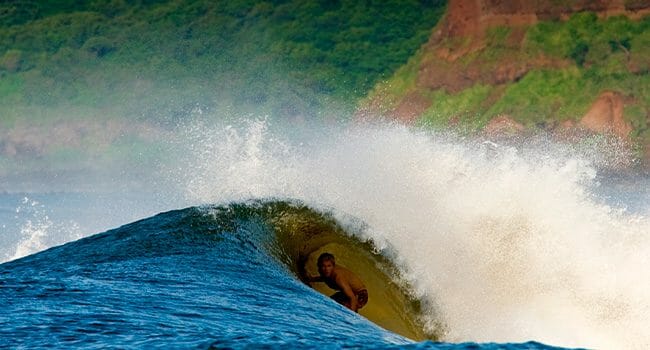 Way back in the 1970s, two gringos rolled into El Salvador in a beat-up VW bus. Kevin Naughton and Craig Peterson were in the midst of their globetrotting, decades-spanning surf saga and the lure of Central America, with its uncrowded lineups and undiscovered surf spots, pulled them like a fly to a plate of pupusas. 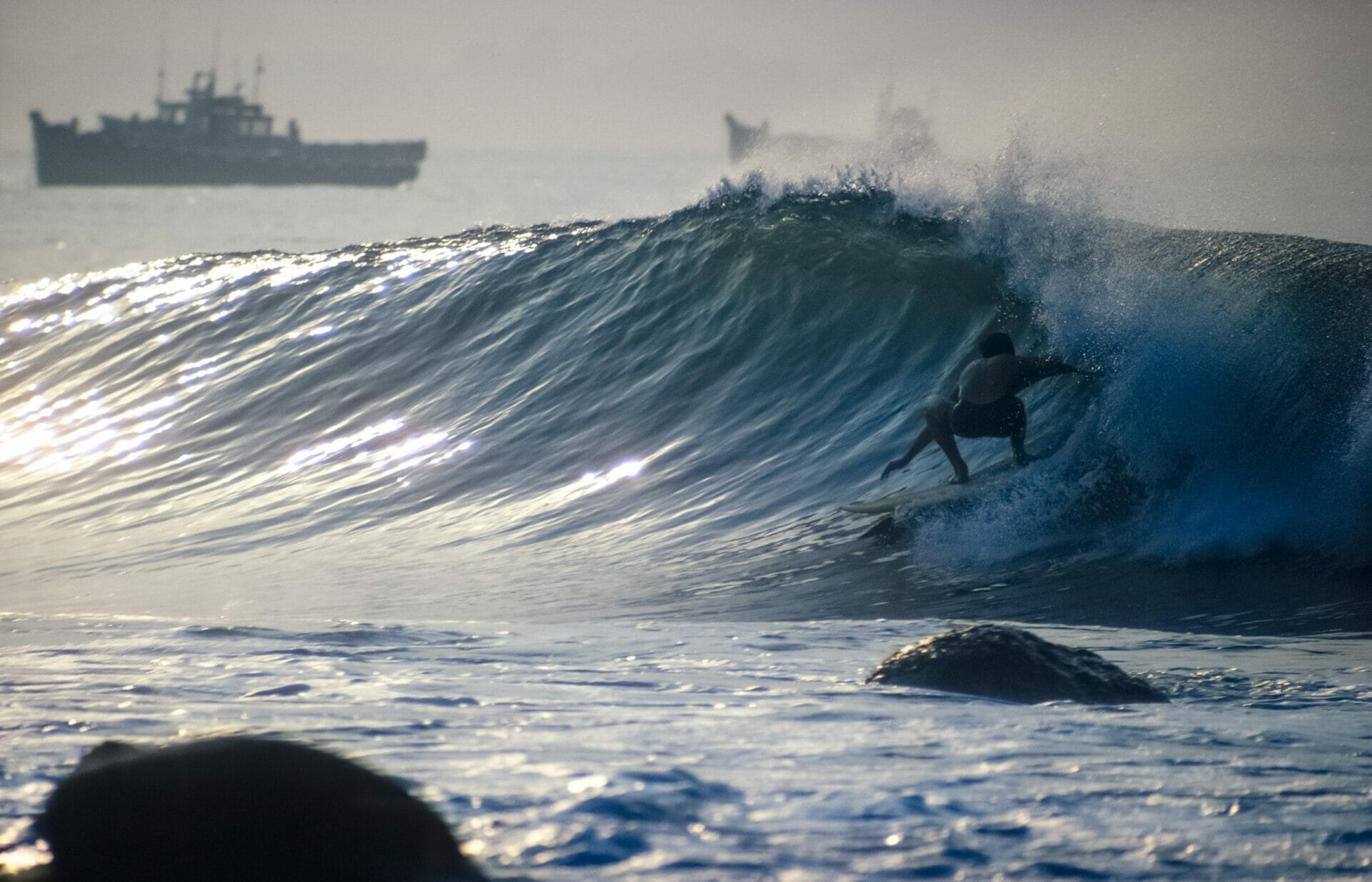 “It was a special time, before the surf world would find out about all the waves throughout Central America, and in particular El Salvador,” Naughton recently reminisced. “Craig and I were just a couple of lucky adventurers who had chanced upon what surfers fantasize about: living the South-Of-The-Border dream, where the surf is good and plentiful and the living is cheap and cheerful. La Libertad was a small, old-world town, the kind of place where one would sit in the shaded porch of Morales, the general store and meeting place in the town square, sipping on an ice cold tamarindo drink after a morning of surfing empty waves until the sun got to be too much. And between sips, speculate on how the afternoon surf might shape up.” 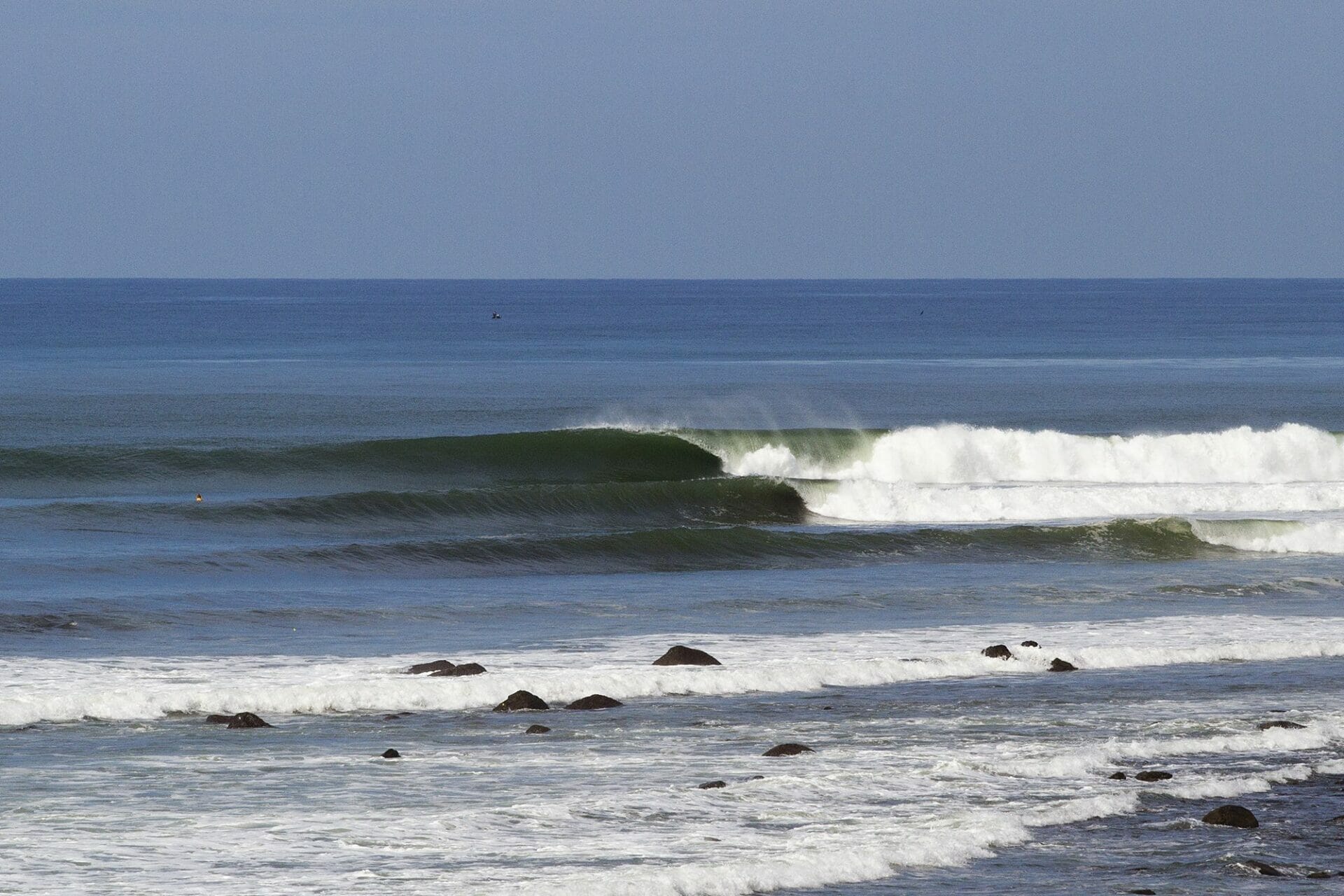 Simpler times, indeed. And yet, since Naughton and Peterson’s pioneering trip in the ‘70s, El Salvador has maintained that same reputation amongst surfers – a mélange of homey, laidback lifestyle with a side of manageable crowds and world-class surf. Hence why surfers continue to flock to the tiny Central American country year after year.

But during the days of COVID-19 and travel restrictions worldwide, El Salvador — like many international surfing hotspots — has faced dwindling numbers of incoming surfers – numbers like when Naughton and Peterson first went in the ‘70s. The fact is, however, El Salvador is open. They’ve been open, and they’re ready and waiting for traveling surfers to arrive. (Of course, you’ll need to get a a negative coronavirus test first.) 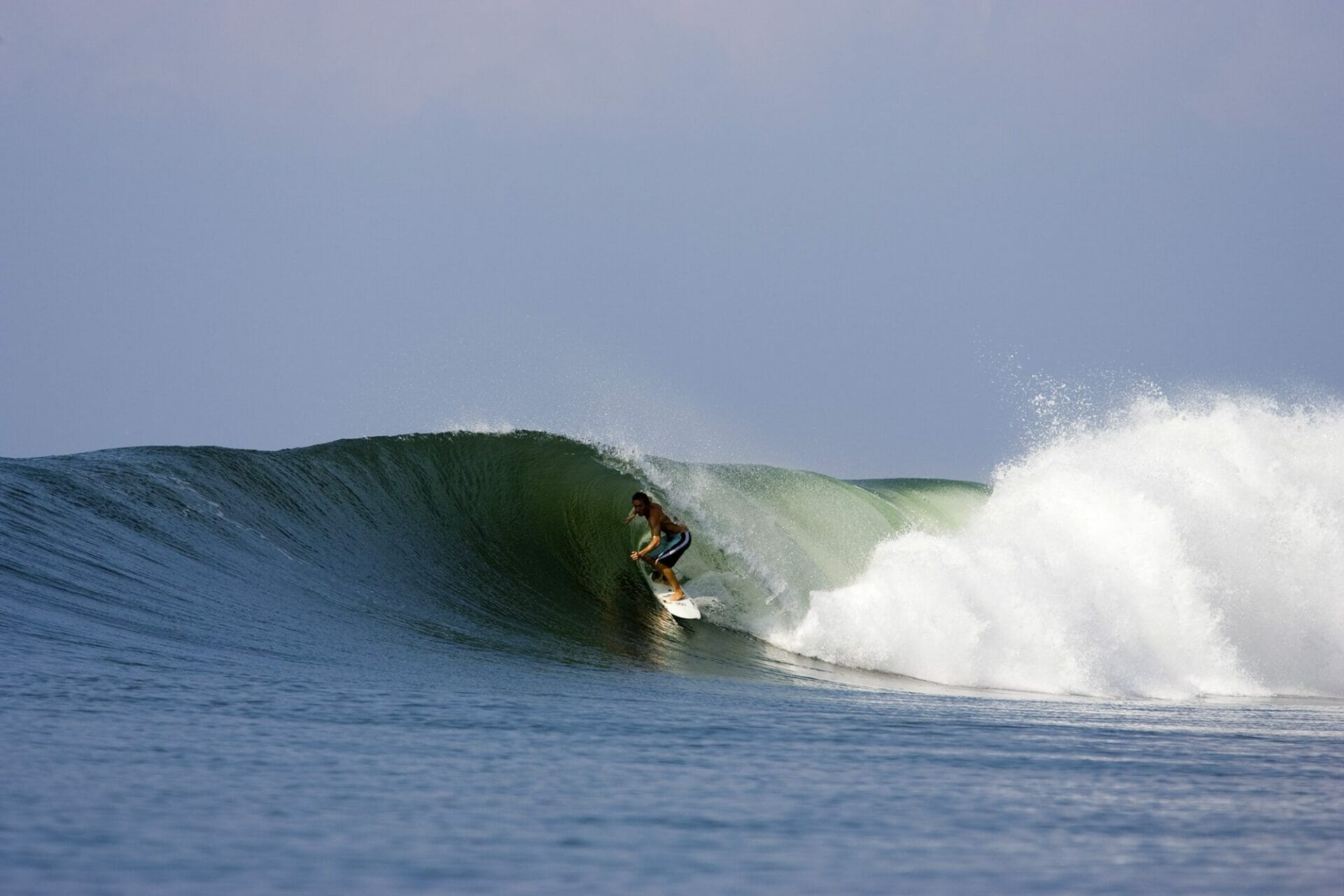 The El Salvadoran government has also recently re-prioritized surfing with a new initiative to make it even easier on wave-weary travelers. The plan, dubbed ‘Surf City,’ will link popular surf spots with a bike path (many of the popular spots are super close in El Sal), make accessibility to the waves smoother, and add amenities like parking and showers.

“When the government approached the surfers with this project, they asked what the surf scene needed,” said longtime El Salvadoran surfer Francis “El Chute” Hasbun. “We have the waves, but we didn’t have the amenities or surf town image. If you go to San Clemente, there are showers, parking, and everything that caters to surfers. So, this concept is making it user-friendly for the surfers. There will be a path between all the spots if you don’t want to drive between spots and you want to bike instead. You’ll have parking, you’ll have showers, you’ll have everything you need.”

An artist rendering of the coming infrastructure to ‘Surf City.’ Development of the project will be divided into phases, which will include a bike path between surf spots, showers, parking lots, improved access to surf spots, lifeguard stations, an ecological park, and more.

So, beyond the upgraded surf experience on land, why should El Salvador be on the top of your travel list? Well, for one thing, there’s the waves. 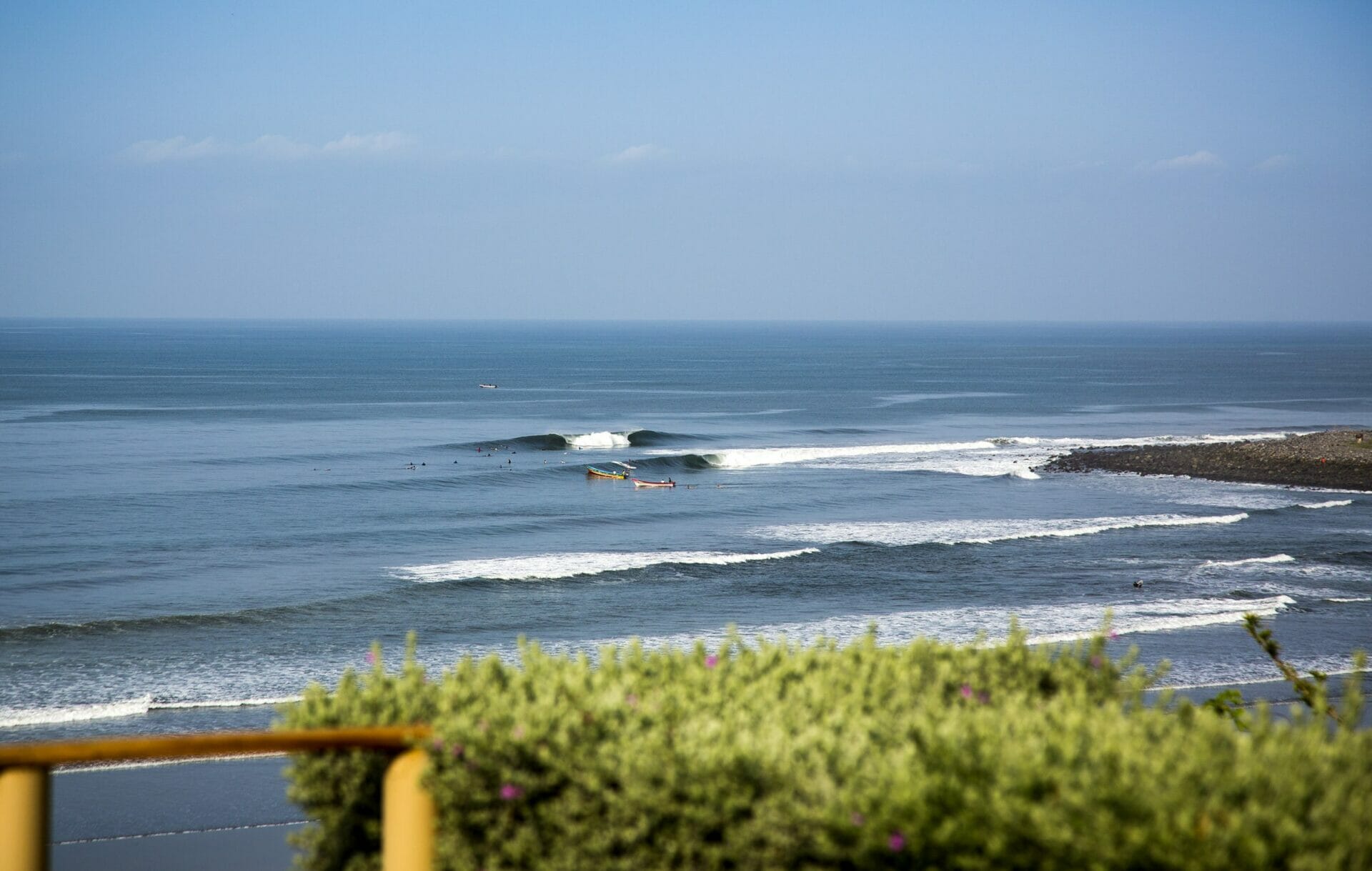 “We have waves all year, we have warm water, and we have so many spots to surf,” said El Sal all-star, Bryan Perez. “The best thing about El Salvador is that everything is so close. You could be at one spot, then the next one is just five minutes away. And there’s a variety of waves, too. Of course, we have the world-class righthand pointbreaks like Punta Roca, but we also have beachbreaks, and everything in between – small waves for beginners, big waves for the experts, punchy waves for the kids.” 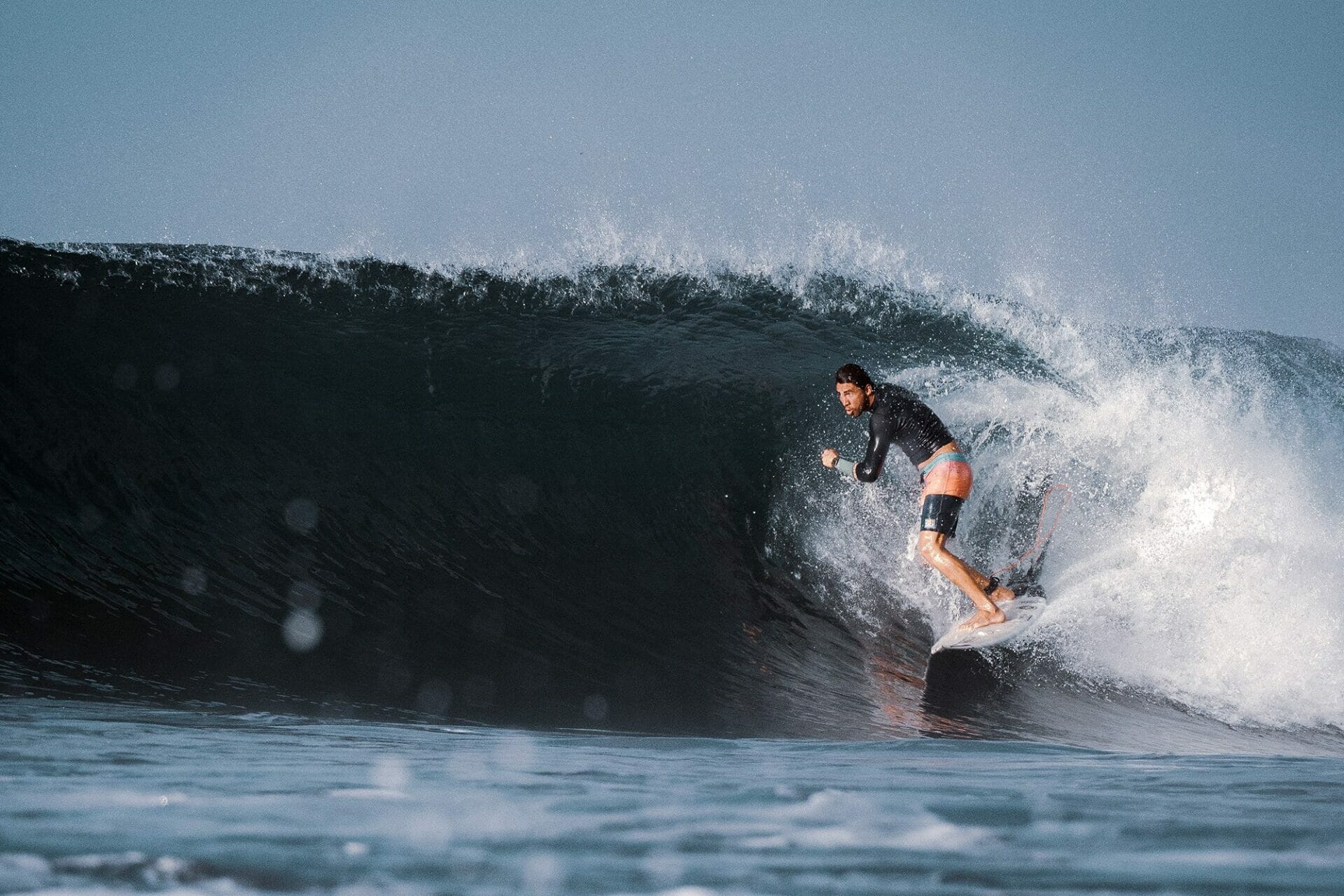 It’s that assortment of waves, coupled with the proximity of spots, which makes El Salvador a surfer’s paradise. Perez continued:

“When people think of El Salvador, they think of the most famous waves. Like Punta Roca, Las Flores, Punta Mango, K59, El Zonte…that’s what people come to surf. But they don’t realize that there are so many secret spots that nobody wants to surf. And yet, they’re so good. We have so many beachbreaks that’re just all-time. Personally, I like to surf different waves – I’ll surf Punta Roca when it’s big, but I also like to go explore and surf these spots with nobody else out.”

Because of this high-quality surf, El Salvador was chosen to host the upcoming 2021 ISA World Surfing Games. That means, Olympic hopefuls like John John Florence, Carissa Moore, Italo Ferreira, Stephanie Gilmore, and more will be duking it out at El Sunzal and La Bocana next year. (The World Surfing Games were supposed to run in May of 2020, but were postponed until next year due to the pandemic.)

And it says something that the ISA chose El Salvador over other Central American surfing hubs. Why not Costa Rica? Or Nicaragua? Panama? Well, the answer was simple: it was because of El Sal’s quality of waves. That, and the government’s new focus on a surf-centric society. 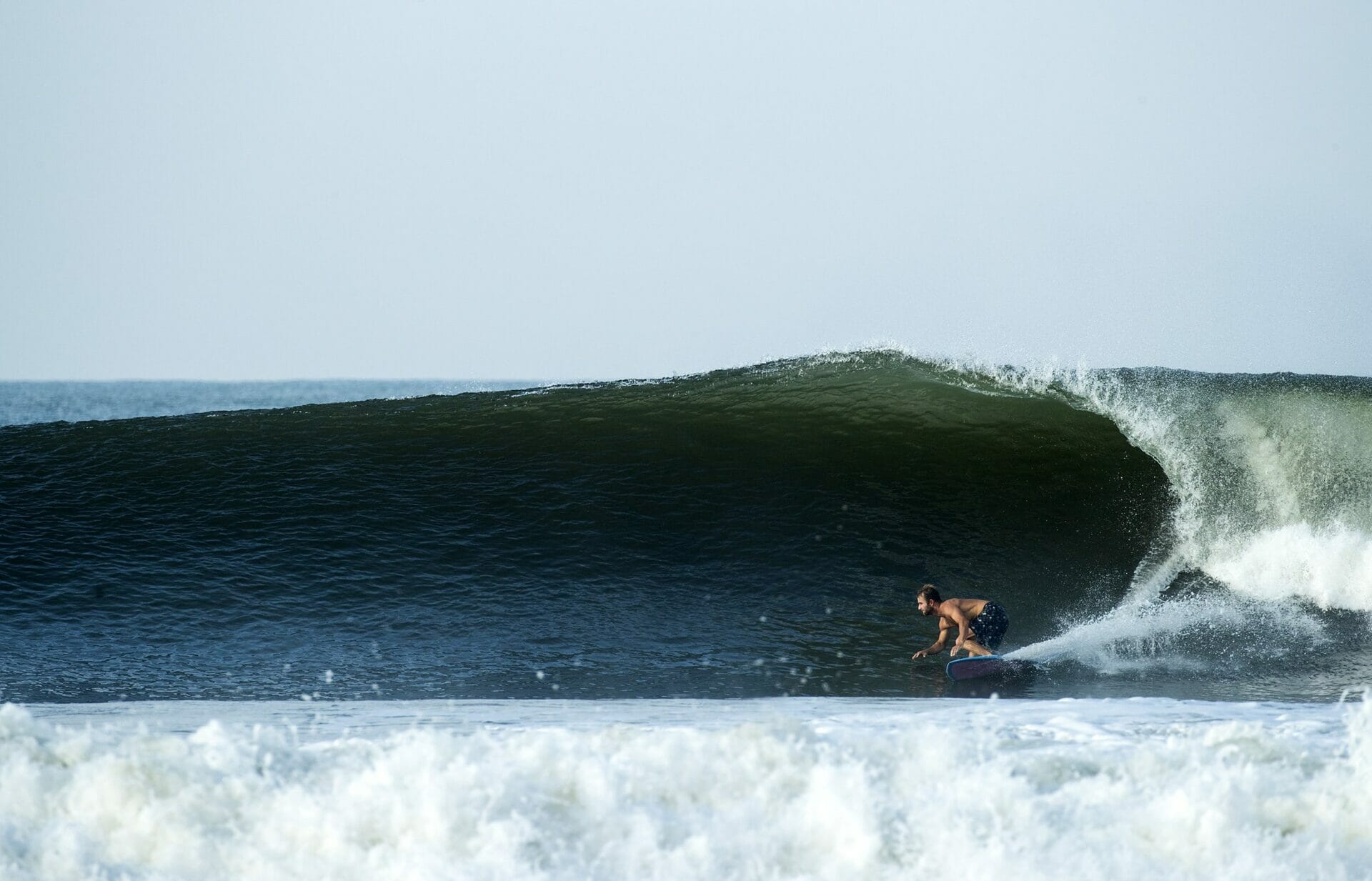 “Nicaragua, Costa Rica, Guatemala, Panama – they all have fun waves,” Perez conceded. “Don’t get me wrong. But El Salvador really stands out from the rest of the Central American surf countries because of just how high-quality the waves are. It doesn’t even compare. These are some of the best pointbreaks in the world, not just in Central America. The world.”